Phonetic typing for any language

I have studied a few languages not using the Latin alphabet, namely Japanese, Chinese, and most recently Russian.

If you are familiar with Japanese/Chinese, you know that typing on a computer works by spelling out the roman transcription of a word, and then auto-completing it to the correct script. For example, I type the characters "r e i", which in turn is translated to the Japanese syllabary into れ い automatically, and then you can select the character 例 by hitting space and selecting that from a dropdown. 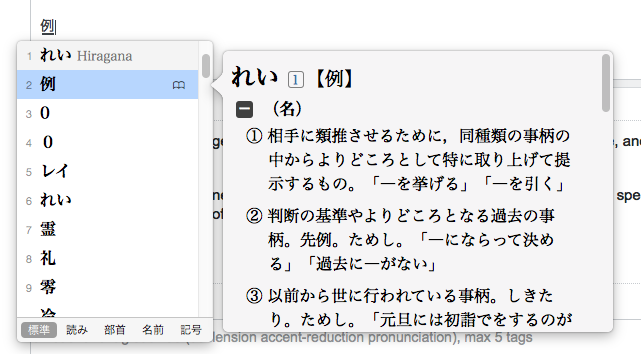 Now that I started learning Russian, I'd like to have the same functionality. I.e. tying "muzhchina" and having it converted to "мужчина".

However, my operating system (tried on OSX and Win7) only provides various Russian keyboard layouts. I'd have to learn these layouts, i.e. the positions of the letters of the Cyrillic alphabet in order to type.

Is there any solution out there that lets me type a roman transcription which is then translated into Cyrillic?

If not, is there any reason for that? I would be open to implementing such an input method if there is actual interest in that.

resource-request software
Share
Improve this question
edited May 4 '16 at 22:19

I would bite the bullet and get a Russian keyboard. In the long run it is better to use the native character keyboard. You have to learn it, but doing so eliminates one step (realizing and entering the roman equivalents) in the process, and keeps your mind focused on the target language.

This also reduces the number of key presses in many cases.

But since the character quantity of Cyrillic and Alpha characters are roughly the same, the necessity of an IME is not the same as in Japanese, where there could not possibly be enough keys.

BTW, for Japanese the entry function (romaji or kana) is separate from the character lookup function (corresponding Kanji characters). In the case of Cyrillic, only the first one is applicable.

The reason why there exist complex programs for typing CJK symbols is the fact that there are simply too many symbols to fit into any keyboard.

Cyrillic letters pretty much fit the standard keyboard (with some stretches, e.g. there remains few available keys for typographic symbols that leads to comma and dot sit on the same key which I hate the most).

One more thing. As you may know, the keyboard layouts (in any language) have been derived from typewriters, and the major constraints were avoiding clash and jam if neighboring arms were pressed at the same time or in rapid succession. That's why English has QWERTY while Cyrillic ones have ЙЦУКЕН.

But yes, there exist Cyrillic keyboards for various hardware/software platforms following English typewriter rules.
In other words, you will have Latin 'A' → Cyrillic 'А', Latin 'L' → Cyrillic 'Л', and so on.

Googling for "Cyrillic phonetic keyboard" provides with plenty of nice results, including this and this.

Yes. Russian.typeit.org. And if you know how to type in the official transliteration systems, there is the fantastically useful Cyracademisator.

And see here; Martin Podolak is a beast.

And for Chrome, Windows, and Google Services, Google Input Tools is great.

Not the answer you're looking for? Browse other questions tagged resource-request software or ask your own question.