Anki question: multiple words on cards or separate cards for each word?

I'm studying German and I feel the need to learn vocab and sentences as well on the same cards. Basically my technique is to find a sentence not so long, break the vocab down and put it all on the cards as shown below:

I have doubts to this technique, because my brain might extrapolate the remaining words, because these 3 words get "connected" to each other. I'm not completely sure about this, but as I learned the words I realised that mostly I don't even have to think about the next word, it just comes in my mind automatically. If someone has an experience regarding this that would be really helpful.

I don't want to learn one word each, because I don't like simple and short sentences. I like to think about it and usually I can recollect these longer ones really well.

What do you think, should I continue to learn this way or I'm wasting my time? If yes what would be the adequate technique to apply learning German? I don't get any leeches with this technique, I seriously think after a few weeks that it is working.

PS: I know that senken is wrong in this case, I replaced it already with sinken.

Regarding these points what would be the best way to create my cards in the most effective way?

Currently I insist on the way of creating the "main card" with several words and then immediately making a card for each word. This wouldn't be so effective I think, because Anki teaches you the cards in order of creation. So the new cards would pop up in line. That wouldn't work if I'd shuffle it neither (if I would add the same sentences to the one-word-cards as well), because the main card should be the first, so the sentence makes sense, then the rest after some time.

This answer will not relate specifically to whether it will help to separate cards or keep in one however it offers a quick solution in between the two options by separating them into separate fields:

First of all, open up the card you wish to change to the new format: 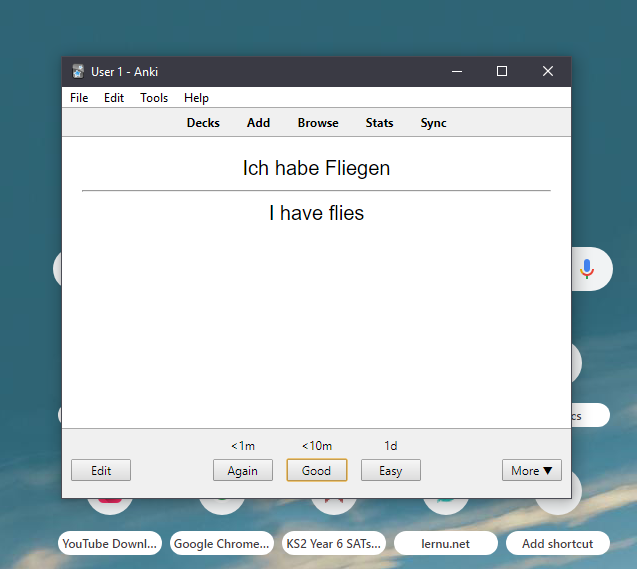 Then click on the edit button at the bottom of the page: 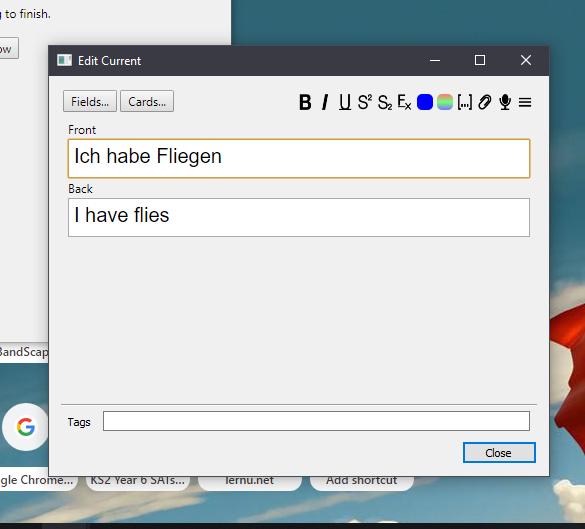 Next, hit the cards button at the top: 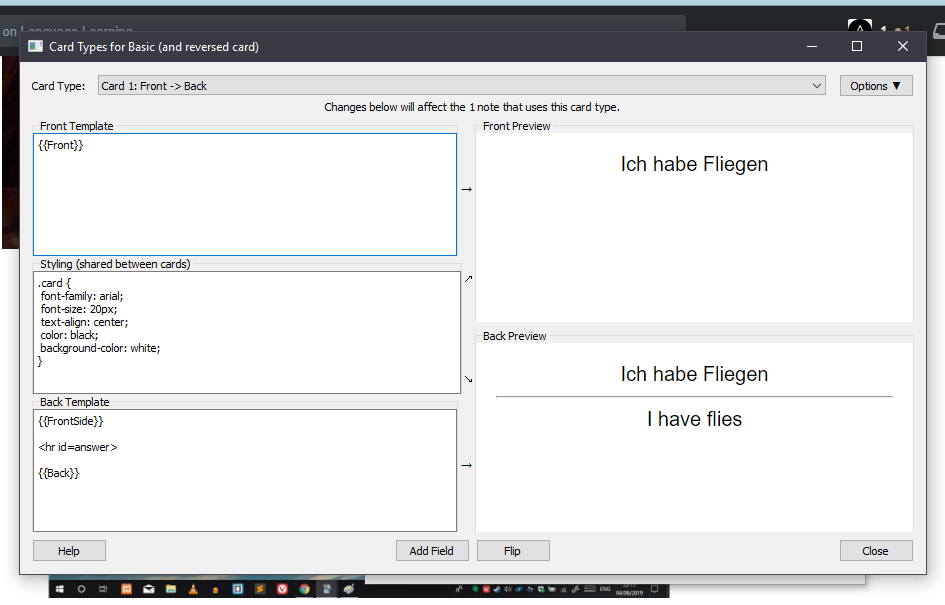 Then change the front and back side to match or similar to what I have have done for this demo card: 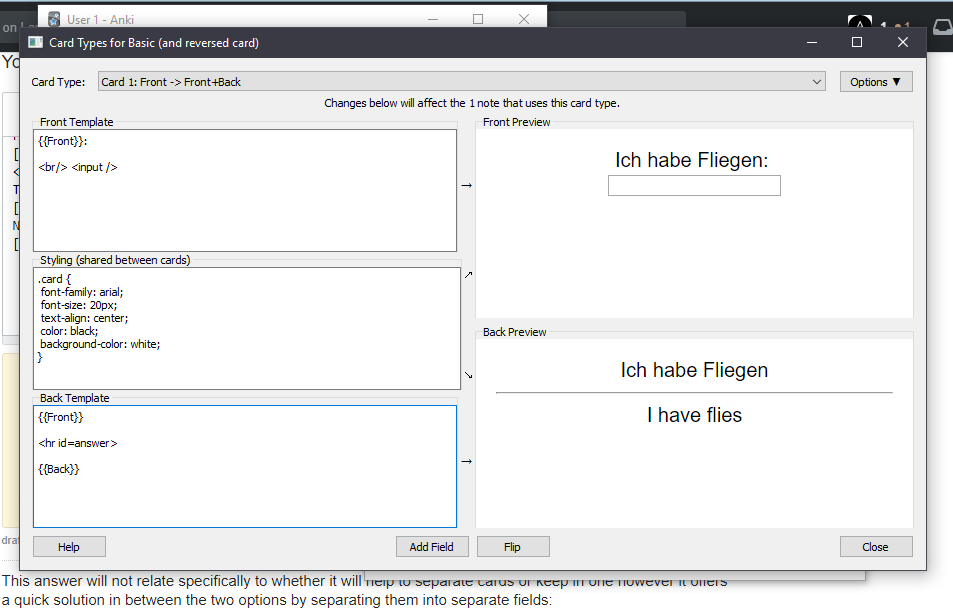 Not the answer you're looking for? Browse other questions tagged or ask your own question.

15
How can I strengthen vocabulary knowledge of words learned with flash cards?
11
When to remove a word from Anki
5
Cloze card design for root/suffix verb conjugation?
5
Make existing custom Anki cards reversible
0
Anki: A LOT of "unseen" cards, is all well?
1
Is there a customizable Memrise-like spaced-repetition software that lets the user choose an answer from a list?