How can I learn reading Telugu texts, if I already know Kannada Scripts?

Is learning Telugu script need any extra effort if I already know reading Kannada script? since both languages are quite similar for reading.

Yes, learning Telugu script is a little bit of effort, but they are really similar. I would think you can learn it in less than a day.

Here is the basic Kannada script, which is sounds like you already know: 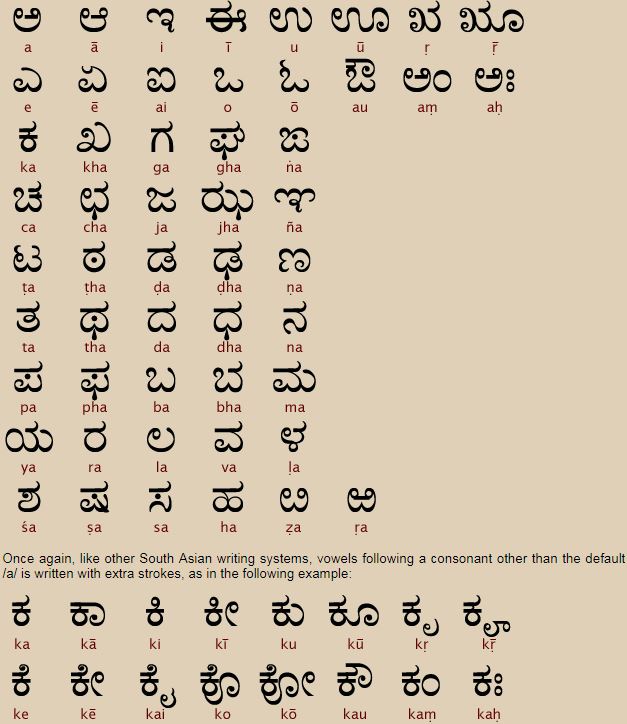 And here is the basic Telugu script, which you want to learn: 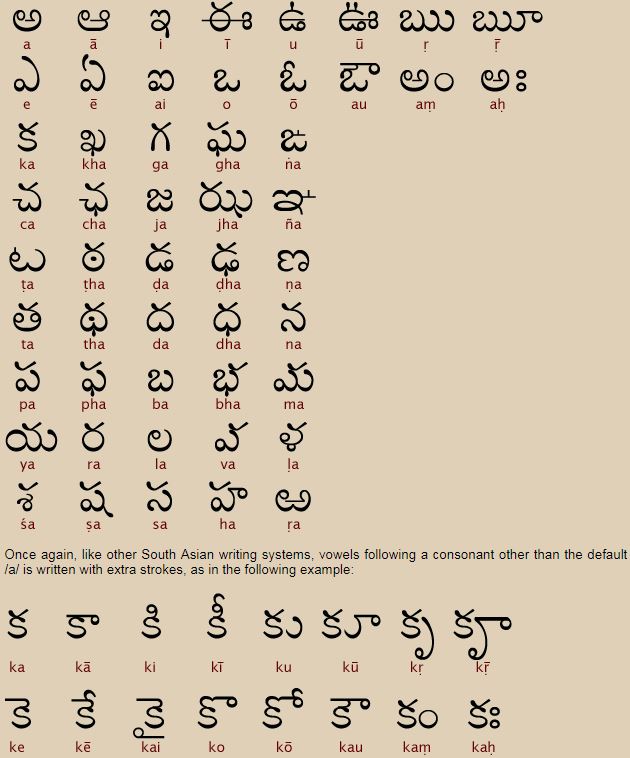 They are both Dravidian languages, and the similarities are everywhere in these scripts. The main differences appear to be: u, r gha, na, ta, śa. But even those letters have some similarities. Overall, it seems more like a matter of "getting used to" the Telugu script, as opposed to learning it from scratch, if you are already well versed in the Kannada script.

Not the answer you're looking for? Browse other questions tagged reading writing-system language-comparison or ask your own question.

17
Pros and cons of reading the same book in each language I learn
9
What's the most effective way to learn to quickly read Chinese?
4
Improving vocabulary reading foreign language literature on ebook readers, how to export selected vocabulary into a spaced repetition app?
3
What is the optimal order in which to learn languages?
2
Can anyone help me to find out what resources are suitable for practicing the TOEFL exam reading section?
4
Are there any good resources for learning Thai stroke order?